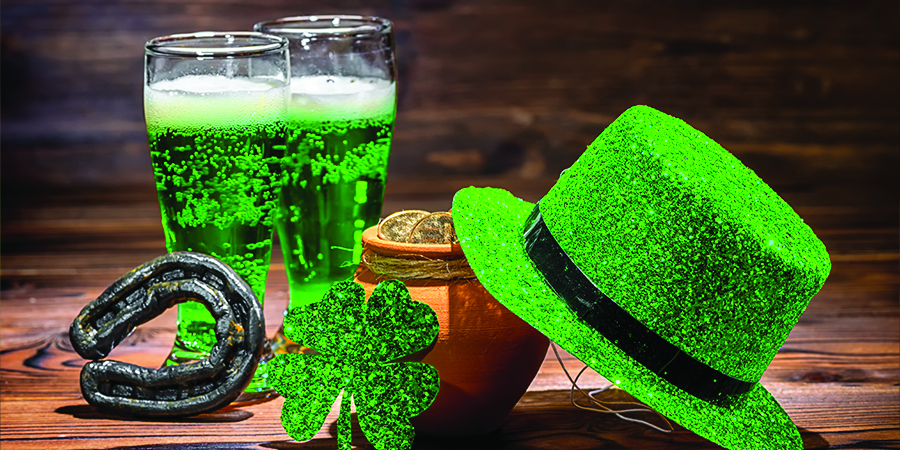 Looking to join in on a good ole Irish jig this year?

Irish or not, St. Patrick’s Day is a day everyone loves to take part in, and I am 100% guilty of pretending that I’m Irish for the day. St. Patrick’s Day has the most celebrated festivals around the world, and I was surprised to learn about all the different cities that share the same love and passion for green clothes, beer, corned beef, pots of gold, and leprechauns.

Before I tell you what cities to visit the next time you’re feeling lucky, I thought I would share a brief history of St. Patrick’s Day.

St. Patrick’s Day is a Roman Catholic feast to celebrate the Patron Saint of Ireland who died on March 17, 461. Before his death, Patrick became a bishop who helped spread the Catholic religion in Ireland. He was finally honored in 1631 as Ireland’s Patron Saint. The celebration of St. Patrick’s Day didn’t start until the early 1700s, and it was not celebrated the same way it is today. When the Irish started to immigrate to the United States, they began to create bigger celebrations as a way for them to hold onto their Irish roots. In 1762, the Irish Soldiers held the very first St. Patrick’s Day parade in New York City. Since the late 18th century, St. Patrick’s Day celebrations have continuously transformed into what we participate in today.

Surprisingly, Dublin’s parade didn’t start until 1931, but of course it had to be on the list because this is where St. Patrick’s Day originated. Dublin is more traditional when it comes to their celebrations. Dublin has a four-day festival comprised of a carnival, parades, traditional Irish music, bands, dances, pubs, and much more. On St. Patrick’s Day itself, most businesses are closed for the national holiday, with the exception of pubs and restaurants.

The first Chicago parade was held in 1956, and in 1961 the tradition of dyeing the Chicago River green began! The Chicago Journeymen Plumber Local 110 are the ones who discovered how to turn the river green, and they continue to turn it green each St. Patrick’s Day. I’m told the solution first turns the river orange, but within minutes the “magical leprechauns” turn it pure green. Chicago has the most St. Patrick’s Day parties per capita, so if you are looking for lots of excitement and green beer, then Chicago is your place!

This country might be a little surprising to see on this list, but it is the only place outside of Ireland where St. Patrick’s Day is a national holiday. With only 4,000 residents, this Caribbean island has had Irish roots going back to the 17th century. While you’re in Montserrat, you can celebrate St. Patrick’s Day while on a tropical vacation. I call that a win, win! 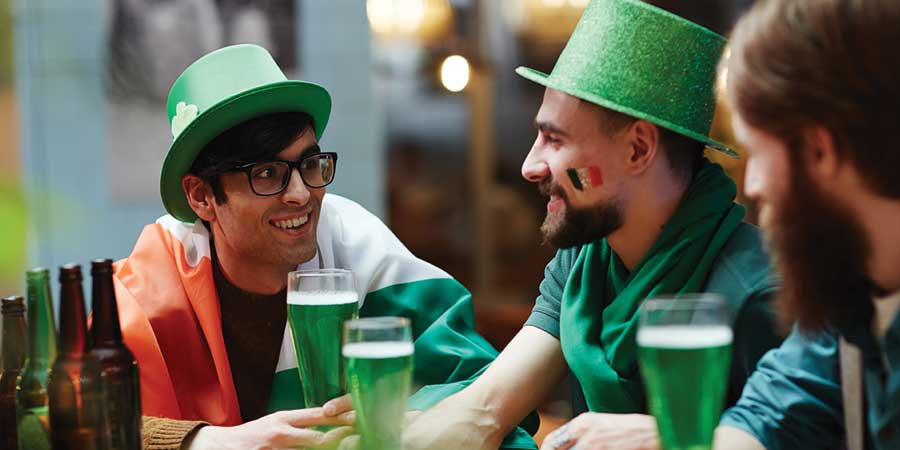 If you can’t make it to the traditional celebrations in Dublin, then Boston is probably your next best bet. Twenty percent of Bostonians are Irish, which makes it the most Irish-American city in the United States. Boston will make you feel like you are in Dublin without the overseas flight. Boston has the third largest St. Patrick’s Day parade, which spans over two miles across South Boston, and draws 1 million people into town. After the parade, make sure you check out the live music, pub crawls, and even the Dropkick Murphy’s concert at the House of Blues.

Montreal’s St. Patrick’s Day Parade started in 1824, and has never been cancelled! The parade and festivities always take place the Sunday before St. Patrick’s Day. The parade is known for its large replica of St. Patrick, which makes its way along the three-hour parade route for three-quarters of a million people to witness.